Showing posts from January, 2018
Show All

An Interview with the Guardian of the ‘Mighty Beasts’. 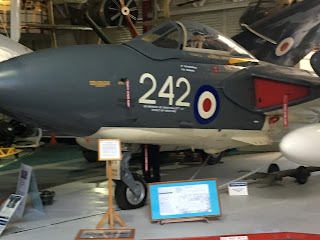 On a grey day in November, I visited Solent Sky Museum in Southampton. My mission was to interview the manager Steve Alcock to hear his experiences about running a museum and to gather advice that would be invaluable for anyone looking for clues on running their own museum or exhibition. Photograph of one of the mighty beasts Those of us who had arrived early had already enjoyed a coffee and browsed the gift shop where there was a display of cards, postcards, model cars and airplanes. While I sat at a café table under the aircraft exhibits, I thought about the sights we would see on the tour. This, I anticipated, would fill in the gaps in my knowledge of this museum’s stories, and bring these huge metal beasts to life. We were greeted by a pleasantly cheerful and relaxed Steve Alcock, museum historian, for our tour of the Solent Sky Museum.Steve was a natural storyteller and the ‘cheeky chappy’ talk was reminiscent of the friendly banter I remember from Fords wor
Post a comment
Read more 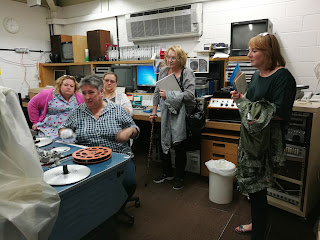 The past few months have been busy at the TRANSITion Project as the project team and research volunteers trawled through local archives, libraries and online resources. We have been looking for information and audio-visual material to help tell the history of the former Ford site in a pop-up museum due in Spring 2018. A behind-the-scenes visit to the archives of the National Motor Museum Beaulieu introduced the group to their vast collection of photographs, films, publications and ephemera. Curator, Sarah Wyatt, explained the workings of the archive and showed examples of items relating to the motor industry in general, and Ford Motor Company history in particular. She demonstrated the different equipment required to play the older analogue formats of film and sound. Visits to Eastleigh Museum and Hampshire Record Office produced some fascinating insights into the site's earlier history of aviation during the Second World War. Settling down in the cinema at Wessex F
Post a comment
Read more
More posts