Showing posts from May, 2017
Show All

"All in it together" - Memories of Ford up to the end 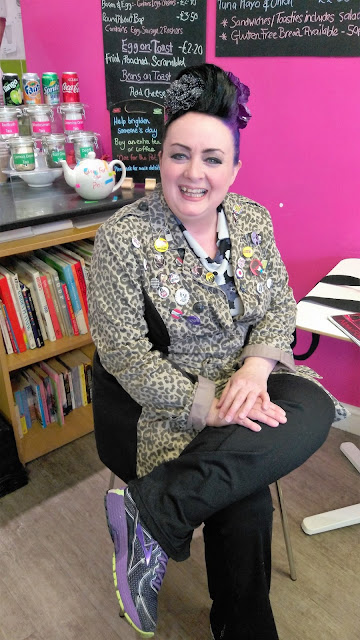 Laurie Gresty came along to the second session at the Round About café to share her memories of life and times working at the Ford Plant and made us laugh and almost cry with her stories.  It seems Laurie holds the record of being the first person in Europe to suffer an industrial scalping!  Yes really - apparently some of her hair got caught in a machine and a great clump was pulled out by the roots.  Laurie insists it was her own fault for not following safety guidelines - and she was back at work on the assembly line after only one day. We learnt of the great camaraderie amongst the workers with the “all in it together” feeling and how good it was that you were left alone to get on with the job without anyone breathing down your neck - and of the cheers that went up when the assembly line broke down which meant that everyone could knock off until it was fixed! Laurie gave a really moving account of how the workforce felt when they learnt the factory was to close.  For most it wa
Post a comment
Read more

The dreaded plate stack crash - a memory of the Ford canteen 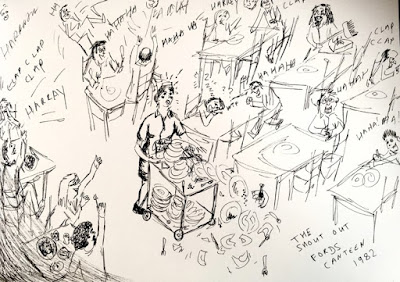 "Been doing a rough sketch for the Fords TRANSITion project, memories of the dreaded plate stack crash while clearing tables. Must have seated over 200 men at a time maybe? 🤔 but when that stack went and that "rawr" went up you'd want the ground to swallow you up. All good humoured though. Called it a right of passage. As much as they laughed, clapped and cheered the noise and spectacle, someone was always rushing forward with a dustpan and brush so you weren't left to it. Often felt like a family who took the Micky in lighthearted mocking. But it was never allowed to get mean. The older men saw to that. Reminding them that could be your wife or daughter out there. Mostly you felt they looked after people." A memory sharing by Jackie Eksi who worked in the Ford factory canteen back in the early 1980s when she was just 19. Jackie is now an artist, having studied Fine Art as a mature student, and is putting her talent to use sketching her own and other pe
Post a comment
Read more

Capturing the story of the former Ford site in Swaythling, Southampton 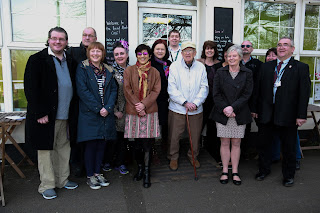 'Transition: from Fields to Ford and beyond' is a community project exploring the cultural and industrial history of the former Ford site on Wide Lane in Swaythling, Southampton. Since 1939, the Swaythling site has produced aircraft parts, motor parts and transit vans. Now in October 2017 it is reopening as a logistics park, home to businesses attracted by Southampton’s status as ‘Gateway to the World’. Thanks to National Lottery players a team of trained volunteers is carrying out archive research into the changing land uses of the site and interviewing people who remember working at the site when it was Ford Assembly Plant (1953-2013) or even further back, when it was Briggs Motor Parts or Cunliffe Owen making Spitfire parts during WWII.  The project will involve the whole community through educational workshops in the local primary school and family coach trips to other museums which focus on Southampton's transport manufacturing history running through the
Post a comment
Read more